We Make It: Graham Crackers

A few weeks before we started our plastic-free food week commitment, my daughter picked up a "Kids Cookie" cookbook at the library.  She has been really into wanting to pick out recipes and make something of her own from a cookbook.... which I think is pretty awesome.  As we flipped through, the cookbook she was holding, I said, "Turn that back a page."  To my surprise was a recipe for honey graham crackers.  Originally, I thought that it would be something fun for us to do... but as the plastic-free food week approached I remembered that recipe and decided that I had to give it a try.

Before you start making the dough, adjust 2 oven racks to the center of your oven.  And preheat the oven to 350º F.

Mix the first 6 ingredients (flours through salt) in a medium mixing bowl.

Then put the next 4 ingredients (brown sugar through honey) into a large mixing bowl.  (I used my stand mixer)  Beat the ingredients on medium-high speed until well blended and fluffy.

Add a quarter of the flour mixture to the sugar mixture and beat on low speed until blended.  Add 2 TBSP of the milk.  Continue alternating quarter amounts of flour with 2 TBSP of milk.  After the last addition of flour, only add 1 TBSP of milk.  If the dough seems dry, then add the remaining tablespoon of milk.  (Also, if you're using a handheld mixer and the dough is too stiff to beat... just knead the dough by hand in the bowl until smooth.)

Divide the dough into 3 equal pieces and roll into balls.  Cover dough with a dish towel and set aside. 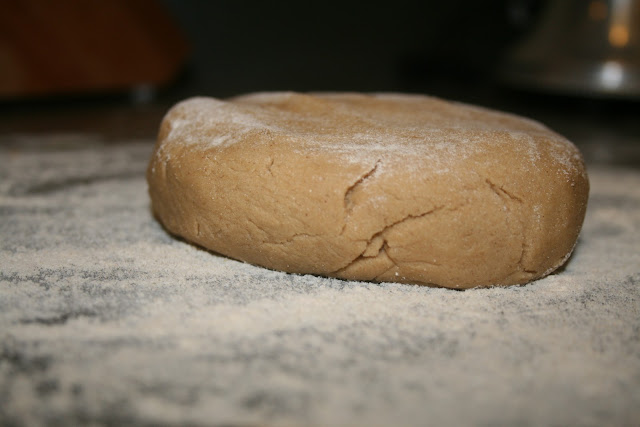 Once you have the dough rolled out, you can use a knife and trim the edges to make the graham crackers "perfect"... I, personally, prefer the things that I make to not look like they came from a store...so I left the imperfect edges.  Using a knife cut the rectangle into 6 smaller rectangles. 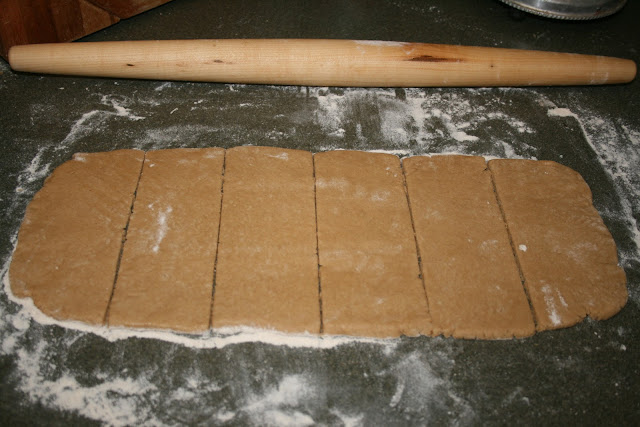 Carefully slip a spatula under each small rectangle and transfer to an ungreased baking sheet.  With a knife, mark a line in the dough across the center of each graham cracker (DO NOT cut through).  Then, use the tines of a fork to poke a pattern of holes into each square.  (Do this and the previous directions with the remaining dough).
Bake at 350º until the crackers are beginning to brown around the edges.... about 13-15 minutes.
Once done baking, remove the graham crackers from the oven and transfer to cooling racks to cool completely. 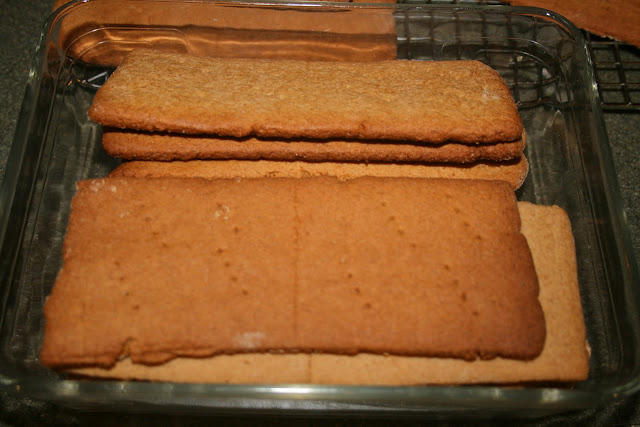 Yes, I'm still excited that I made graham crackers!!!
Plastic-free and SO yummy!!!!
Posted by Unknown at 10:49 AM

Email ThisBlogThis!Share to TwitterShare to FacebookShare to Pinterest
Labels: graham crackers, plastic-free food, we make it

Cigarette butts are the #1 littered item worldwide... my local beach-- Wrightsville Beach, NC-- is no exception. With inspiration from my friend Sara who writes The Daily Ocean blog, I've started my own daily ocean. I'll head out to WB at varying beach accesses and pick up litter for 20 minutes.
My focus? Cigarette butts.
My mission? To help create a smoke-free beach and have proper cigarette butt disposal receptacles installed on WB became a reality! WB is the first smoke-free beach in NC!
58,169 cigarette butts in 253 days
Litter weight added to The Daily Ocean Community Count:
388 lbs 4.4 oz

It Starts With Us

It Starts With Me

Promote Your Page Too